World's fastest man Usain Bolt will travel to British capital next July to compete at the London Anniversary Games. After competing successfully at this year's

During the technical delegates meeting on November 26, the IAAF made changes to 17 events for 2016 Rio Olympic games. The IAAF posted on its website IAAF.ORG that qualifying

The European Athletics released final entries of the 2015  SPAR European Cross Country Championships which will take place in  Hyères, France, on Sunday 13

Spanish steeplechaser Marta Dominguez received a 3-years ban and was stripped of her 2009 steeplechase world championships gold medal due to anomalies in her biological passport ,

The NCAA released on Saturday, November 14 Men's and Women's team and individual qualifiers for the 2015 NCAA D1 cross country championships. This year's  NCAA D1 men's and

The 2016 Trinidad Alfonso Valencia Marathon, an IAAF silver label road race, will be held on November 15.    This year's Valencia marathon has an outstanding

Former IAAF president Lamine Diack, who was placed under investigation by French authorities on suspicion of corruption and money-laundering, has resigned as president of the

It’s been a highly successful last 12 months or so for Eliud Kipchoge with victory in three marathon classics of Chicago, London and Berlin. And 2015 became even better for the

“The Athens Marathon. The Authentic” is synonymous with the marathon. This was where the history of the competition over the classic distance began in the first Olympic

A runner identified as 28-year-old Julius Njogu passes by another runner on the finish line to take second place at 2016 Nairobi Marathon in Kenya on Sunday, Octber 25. Just

World's fastest man Usain Bolt last week returned to training to prepare for the 2016 Rio Olympics. "I have two more goals that I would love to accomplish before I

Marathon world record holder Dennis Kimetto of Kenya will headline the men's elite field for the 2015 Fukuoka International Marathon on Dec. 6, the race organizers announced on

“We have a unique line-up in the elite field in that for the first time here, German athletes will have their share of the spotlight and not be tucked away among the

The Frankfurt Marathon will get underway on Sunday with an elite field which looks capable of living up to expectations for a high quality race.   As many as 12 runners

Eliud Kipchoge, Ghirmay Ghebreslassie, Gladys Cherono and Mare Dibaba are the candidates for the 2015 AIMS Best Marathon Runner Awards. Athens, the birthplace of the

Running in cold and rainy weather conditions Kenyan Bernard Kipyego manged to win the TCS Amsterdam Marathon for the second year in a row on Sunday, October

Sisay Lemma Kaseya, winner of this year's Vienna City Marathon, and his Ethiopian compatriot Koren Jelela Yal are two high quality late additions to the elite field for the

Kenya’s Gladys Chesire clocked a world leading 10 k time of 30:41 at the ASICS Grand 10 Berlin, becoming the ninth fastest woman ever at this distance. She was followed by 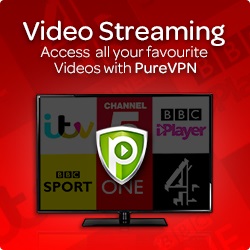