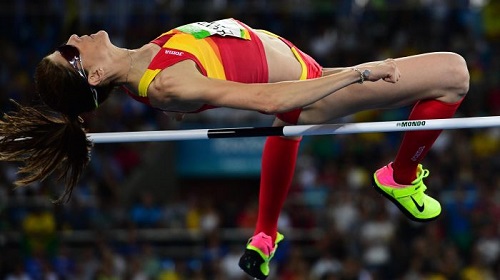 The world season leader  Chaunte Lowe of the United States finished in 4th with 1.97 m as her compatriot the-19-year-old World indoor champion Vashti Cunningham took only 13 place by clearing 1.88m.

Meanwhile in the men's javelin final Germany's Thomas Rohler with a massive throw of 90.30m in round 5 and took the gold.

Yego took the lead in first round with 88.24m, but unfortunately he was forced to withdraw from further competition as he suffered an injury while attempting his second throw.