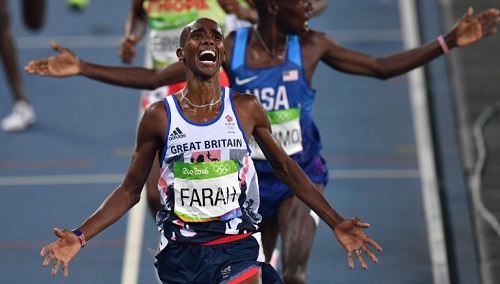 Mo Farah returned to action this Saturday exactly one week after he defending his 10000m title, to claim his second consecutive Olympic 5000m gold.

"It's every athlete's dream but I can't believe it,” said Farah.