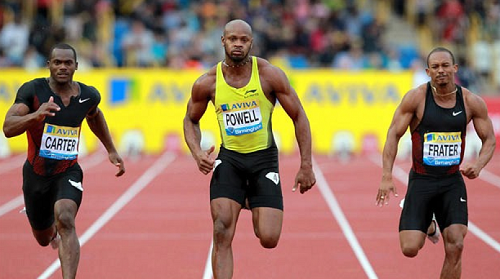 Last saturday  Jamaican sprint star returned to run the 200m again at the Jamaica International Invitational, where he beat a talent stacked field with his season's best time of 20.45 seconds.

“I was not focused on anyone else, but was aware that Dwyer was in the race and I have a lot of respect for him as he is a tough competitor, and to get the win over him tonight is a good motivation,” Powell told jamaicaobserver.com.

“Time is running out and I have been running only the 100m for years now and most sprinters are running the double and I want to give it a shot.”  Powell said.

“Honestly, I don’t remember how to run the 200m, so it’s a work in progress, hopefully by national trials I will get there.” he added.