Usain Bolt confirmed on Wednesday that he will contest in the100m at the London Anniversary games an IAAF Diamond League meet on July 22. 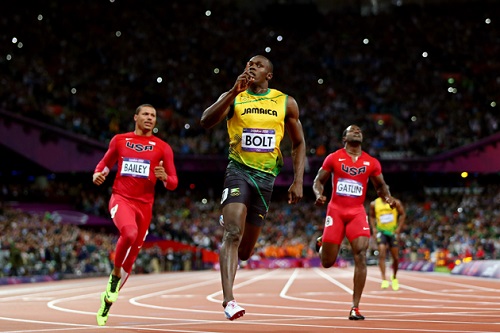 The six time Olympic gold medalist Bolt said he is looking forward for an great competition and a special atmosphere when he returns to London Olympic stadium where he won  gold medals in 100m, 200m and 4x100m back in 2012.

“The London Anniversary Games will be one of my last races before the Olympic Games in Rio,

“It will be good to return to the Olympic Stadium on the Friday night and get more of the special atmosphere that the fans always produce." said Bolt.

“I always get great support in the UK and I expect the stadium to be packed. See you in July.” Bolt added.