American sprinter Justin Gatlin will not be able to win the IAAF athlete of the year award after track and field governing body made changes in the selection criteria. 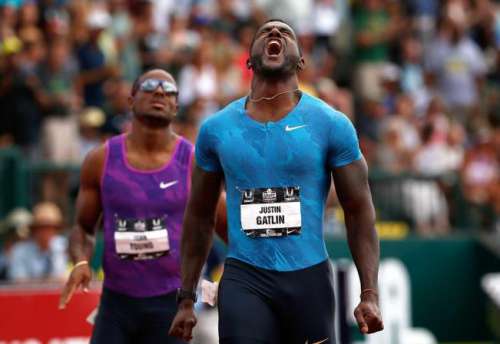 Gatlin could finish season undefeated, but he will not be eligible for the IAAF athlete of the year award after IAAF council members agreed to not shortlist athletes who have been sanctioned for serious doping effence for the annual award.

Last season Gatlin finished undefeated over both sprint events. He was shortlisted for IAAF athlete of the year award, which caused many many negative responses from top athletes from around the world. Gatlin, however failed to make top three.

IAAF spokesman Nick Davies told Reuters that the IAAF Council approved the change at a meeting last November on the recommendation of the IAAF Athletes Commission.

"Several Council Members expressed concern that the IAAF could encounter legal challenges if the Athletes' Commission's recommendation that no athlete who has been sanctioned for a serious doping offence should be shortlisted for the Athlete of the Year award was approved."

"However, the majority of Council Members, who took the floor supported this recommendation because it enhanced the credibility of the sport, it protected the rights of clean athletes and it assisted in further establishing inappropriate behaviour in the sport that would not be honoured by the IAAF in the future." Davies said.