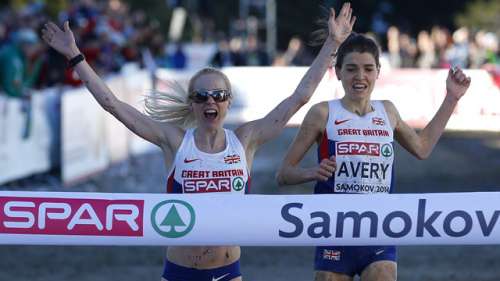 The winner in the women's 7.7km was decided in a thrilling finish, where Gemma Steel defeated her teammate Kate Avery. Steel who took silver a year ago and bronze in 2011 edged on the line compatriot Kate Avery to win her first European cross country title. Both British runners posted same time of 28:27 seconds. Sweden's Meraf Bahta battled off Belete Almensch of Belgium for   third clocking 28:52.

Defending champion, Sophie Duarte, was fifth in 28:58 with Ireland's Fionnuala Britton who won European Cross Country titles back in  2011 and 2012 crossed the line in sixth in 28:59.

Great Britain's women team won the team title with 21 points followed by Spain with with 70 points and Ireland who scored 87 points in third.