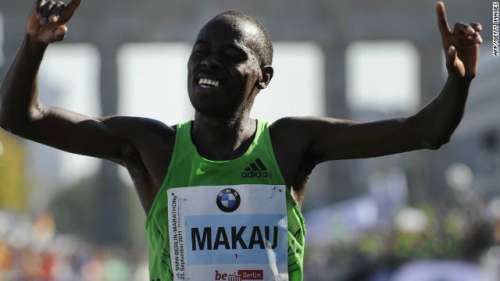 Former marathon world record holder, Patrick Makau, has recovered fully from long knee injury and says he is fit and ready to recapture the world marathon record he lost to Wilson Kipsang in 2013.

The 29 year old Kenyan was sidelined with a knee injury for more than eight months and only watched on TV how his countryman Wilson Kipsang shattered his world record at the 2013 Berlin marathon.

"The injury on my left knee was bad; it sidelined me for eight months. I was not happy seeing my colleagues winning in my absence, but I have now recovered fully and I'm ready to go for it," Makau told capitalfm.co.ke.

"I am fit; my focus is to break the record again by lowering Kipsang's time when next season begins. It's a big possibility because it's just amatter of training," said Makau.

Makaus next race will be Mwea Marathon on September 6.