• Usain Bolt Says His Best Performance is Yet to Come 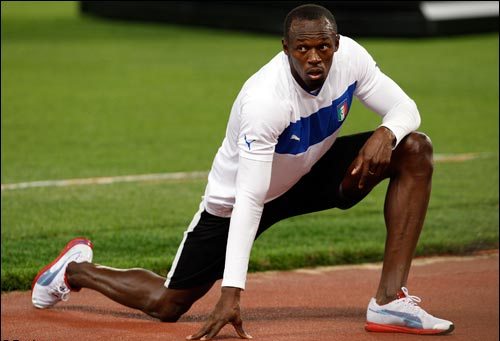 World record holder in 100m, 200m and 4x100m , Usain Bolt and his coach Glenn Mills believes that world´s fastest man has not shown his all potential yet.

"I wouldn't say that we have seen the best of him. I think that he's capable of more (speed), if he has (injury) uninterrupted preparation." Bolt´s coach Mills told  Reuters.

Also Bolt himself denied the possibility that his best years are behind: "Personally I don't think so. It's all about just being dedicated. Every year I've been injured at some part of the season, so the key thing is try to stay injury-free, try to be more focussed on track and field and not be distracted by other things.

"Try to cut down a little on the sponsor-duty things and stuff like that for the upcoming season, try to limit it as much as possible. Then I can put in a lot more work and I'll have more time to work and stay fit and to be focussed."

Bolt missed most of this season due to a foot injury he suffered in early spring and since then he has been focusing on regaining his form. Bolt will step for the first time this year on the track next week when he will race at the Glasgow Commonwealth games 4x100m relay.