• Rudisha to Skip Doha Diamond League Due to Calf Injury 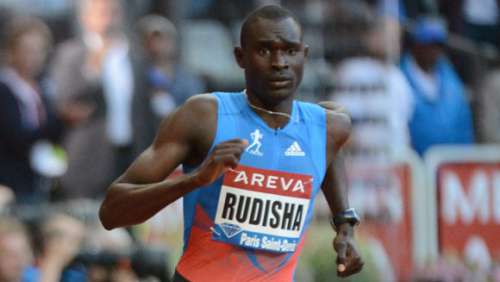 The 800m Olympic champin and world record holder, David Rudisha, pulled out of Friday's Diamond League meeting in Doha  after he strained his calf in the training last week.

The Organisers of Doha meeing confirmed the Kenyan star's withdrawal in a statement on Saturday.

"I'm very disappointed not to be able to race in Doha next Friday. I know I've got a lot of fans there and I'm sorry I cannot compete for them," Rudisha said.

He has been training well; progressively getting fitter and stronger these last months and ‎was excited about returning to competition in Doha. It's been on his agenda these last months and he's been building towards that. However he had a setback last week in training - a strained calf muscle as he was training on the track - that precluded him from competing in the AK meeting in Mumias on Friday. It's not a major injury but he's been sore and unfortunately doesn't feel able to risk his comeback by racing in the next week." Rudisha's manager James Templeton added.

The Kenyan superstar suffered a knee injury last season and had to end his 2013 season in June and miss out on the defense of his world title.