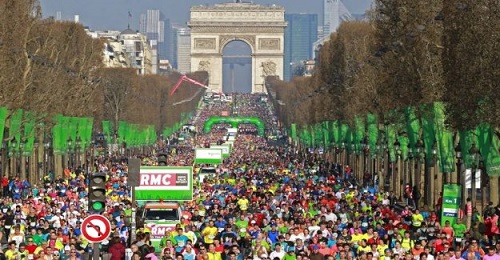 The 2020 Paris Marathon have been postponed due to corona virus outbreak in France, the race organizers announced on Thursday.

The historic Paris marathon have been postponed from April 5 to October 18.

“In order to avoid a late cancellation that would penalize the participants, we have, in agreement with the Paris mayor’s office, decided to postpone the Paris marathon to Oct. 18,” Amaury Sports Organisation (ASO) said in a statement.

Around 423 coronavirus cases have been reported and seven people have died in France, the European country second most affected by coronavirus after Italy.

65,000 people who were set to participate in Paris marathon will now have to reschedule their training and travel plans for the fall.

Elite athletes that hoped to qualify in Paris for Tokyo Olympics will have to find another race before qualifying period closes on May 31.

Earlier this week Rome Marathon and Rome-Ostia half marathon orgaziers canceled both events due to corona virus breakout in Italy.

Last weekend the organisers of  the Tokyo marathon restricted entry only to 179 elite athletes due to concerns over the outbreak of the Coronavirus.