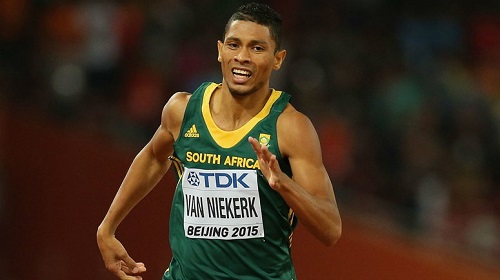 Van Niekrk returned to comeptition on Monday after recovering from a serious knee injury he sustained playing a charity tag rugby match in South Africa in late 2017. He won the 100m race on a grass track in a hand-timed 10.20 seconds.