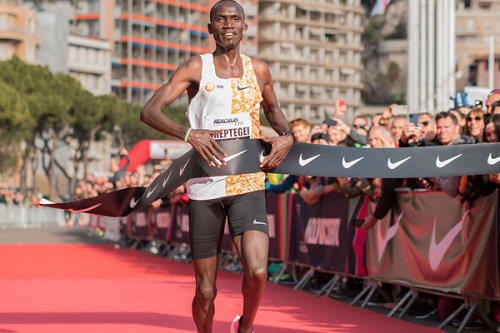 Uganda's Joshua Cheptegei clocked a new 5km World record on Sunday at the 2nd edition of the Monaco Run with a stunning 12 minutes 51 seconds.

“Wow, this is a really great," said Cheptegei.

"I had sub 13 minutes in my mind today so when my legs felt good during the race I decided to really go for it. To take this many seconds off the record makes me very happy and is a great first test for me in an important season.”

Jimmy Gressier of France took second place in 13:18, to break the European record of 13:29 set by Julien Wanders in this race last year.

Cheptegei also improved the fastest 5km time ever of 13:00 set by Kenya's Sammy Kipketer 13:00 clocking in Carlsbad, USA, in 2000, well before the 5km became an official world record event in November 2017.