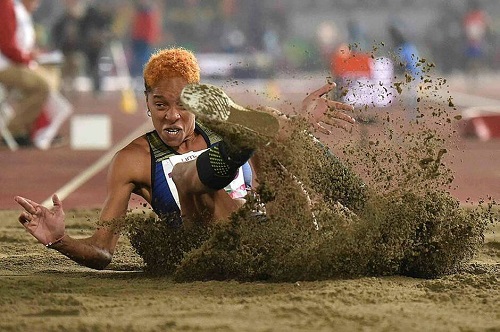 Venezuela's Yulimar Rojas produced the farthest triple jump in the last 10 years at the International Indoor meet in Metz in France on Sunday.

Rojas, the defending World Champion, on her final attempt produced a massive 15.04m jump breaking her own South American record. The 24-year-old Rojas' new PB of 15.04m is also the first time indoors over 15m mark since Olga Rypakova's 15.14m jump to win the World Indoor Championships in Doha back in 2010.