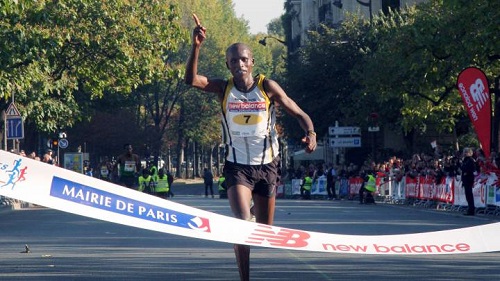 Kitwara, who won the gold medal at the 2010 World Half Marathon Championships in Nanning Terbutaline, a drug used as a "reliever" inhaler in the management of asthma symptoms.

The 33-year-old Kitwara said he took the drug without knowing it was banned by WADA. He had also failed to consult with a doctor to obtain a therapeutic use exemption (TUE).

AIU banned the Kenyan runner for 16 months. Kitwara accepted the decision and will not appeal the ban.

"Taking into consideration the fact that the athlete is relatively experienced and that there are no other mitigating factors, the AIU considers the athlete’s subjective fault to be at the ‘high’ end of the ‘normal’ category," the AIU said in a statement.

"Given the athlete’s timely admission of the violation after being confronted by the AIU, there is discretion…to back-date the start of the ban to the date of sample collection.

"The athlete has accepted the above consequences for his anti-doping rule violations and has expressly waived his right to have those consequences determined by the Disciplinary Tribunal at a hearing,"

Kitwara set his marathon personal best of 2:04:28 at the 2014 Chicago marathon where he finished second to Eliud Kipchoge.