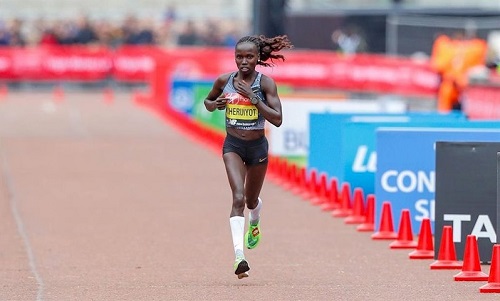 One of the last marathons of the year, the Valencia Marathon Trinidad Alfonso EDP 2019 includes participation of elite runners to position itself in top five of the fastest in the world.

December comes with the most important marathon in Spain, the Valencia Marathon Trinidad Alfonso EDP 2019. This year, elite runners come from all over the world making it a race never seen in Spanish soil. The make it to the top five of the world’s fastest circuits, the 42.195 KM must be run in less than 2:04:31 by a male runner.

If we look at the male athletes that will participate, there are several runners who may be able to break the 2:04:31 mark. For example, we have three strong Ethiopian runners Leul Gebresilase (2:04:02), Herpasa Negasa (2:03:40) and Getaneh Molla (2:03:34). In fact, Molla established in January the Dubai marathon as the world’s third fastest circuit with his time. Let’s see if he can do it again.

Other than the record overall, we should pay attention to those attempting to break the European record. They are Turkish runner Kaan Kigen Ozbilen (2:05:27), who is 16 seconds below the mark and Norwegian runner Sondre Moen (2:05:48), 37 seconds apart. The last one, has certain advantage as he has done the Valencia circuit already in 2017.

The goal among female runners is to break the 2:21:14 mark and just by looking at the contenders, we are sure there is a good chance for it to happen. There are several women who have done it already. Top of the list is Olympic champion and four times world winner, Vivian Cheruiyot from Kenya, with a record of 2:18:31.

The list is not less impressive as we review the other names. For example, three Ethiopian women are close contenders. Birhane Dibaba (2:19:51) is the winner of the half Copenhaguen Marathon 2019 and has victories in Tokyo 2015 and 2018. In 2012, when she was only 19 years old, she already won the Valencia Marathon. The other Ethiopian star is Dereje Roza (2:19:17) winner of Dubai 2018 and a powerful young contestant. The last of the three is the young first timer, Zeineba Yimer who run 1h:05.46 in Ras Al Khaimah Half Marathon. Other runner ups are Prisca Jeptoo (2:20:14) and Purity Rionoripo (2:20:55) from Kenya, and Workenesh Edesa (2:21:05) who are very close to the mark. There are other 15 women with times under 2:28:00 so there are many candidates.

An interesting feature is that the Valencia Marathon Trinidad Alfonso EDP 2019 “does not accept athletes in the programme if they have been penalised for doping infractions considered grave or very grave by the IAAF, WADA, or AESPAD. This ban applies regardless of when the infraction occurred, and whether or not the penalty has expired”. Prizes are awarded once the anti-doping test results are known after the race.