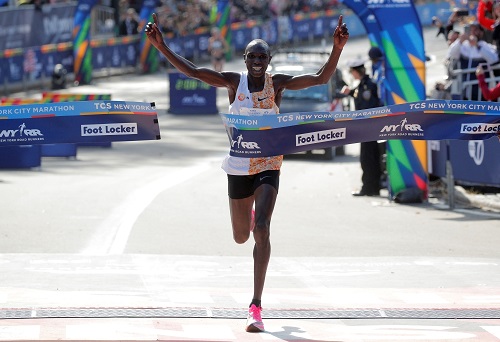 Running under nearly ideal wetaher conditions, Geoffrey Kamworor (Kenya) won his second NYC Marathon title. The 26-year-old Kamworor broke away from the leading group just 3 kilometers before the line to win the race in Central Park in 2 hours, 8 minutes and 13 seconds. Albert Korir (Kenya) finished second with a time of 2:08:36.

Ethiopian non-elite athlete Girma Bekele Gebre who entered the race with no agent and no sponsor broke his PB by more than 5 minutes to take a surprise third place in 2:08:38.

Top American runner was Jared Ward who finished in 6th place in 2:10:45.

Jepkosgei who won the New York City Half-Marathon in March became the first runner in history to win both events in the same year. 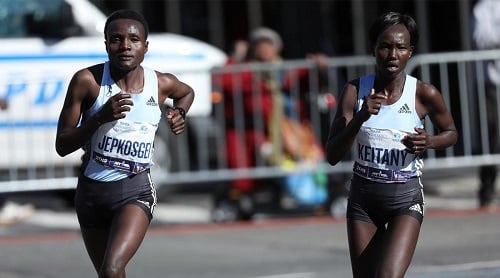 About 52,000 runners participated at this year's NYC Mararhon.