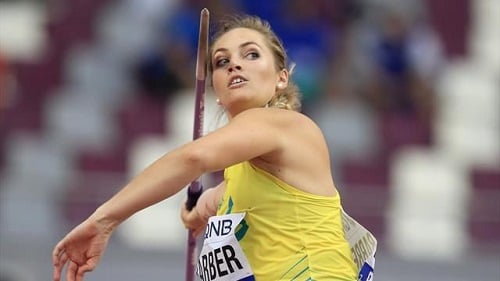 In round 5, Chinese thrower Shiying Liu achieved  65.88m and took the lead from compatriot World leader Huihui Lyu. It looked like that the competition would end with Chinese athletes taking gold and silver and Germany's Christin Hussong bronze.

But in the final round, Australia's Kelsey-Lee Barber, who was sitting in 4th place a the moment, pulled out her one the best throws of the year of 66.56m to shock Chinese athletes and the German to win the World championships gold. Liu took silver, Lu won silver with season's best  65.88m while Huihui Lyutook bronze with 65.49m.

“The girls put some big throws early on, seeing it in the last round wasn’t my intention,” Barber said.

“But I am very happy I was able to maintain my composure through the competition and work on … well, just belief I had a bigger throw in me.

“It was really nice I got it together in the final round.” She added.