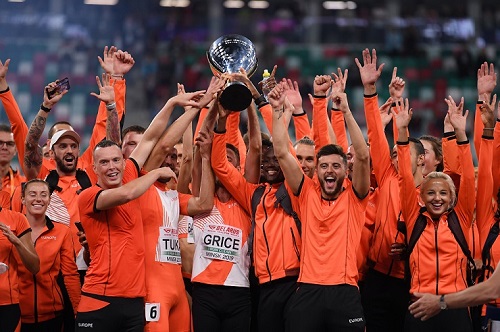 On Day one Europe won six individual events to lead the United States team by 16 points. Europeans steadily increased the lead by winning 11 more events on day two to win the match by a 724.5-601.5 margin.

The highlight of day one was Maksim Nedasekau's World leading clearance in the high jump of of 2.35m.

The final event of the match was a mixed medley relay, with each quartet consisting of two men and two women. The first two legs were run over 200m, the third leg over 400m and the final leg 800m.

The race was won by the European quartet of Germany's Patrick Domogala and Jessica-Bianca Wessolly, Poland's Iga Baumgart-Witan and Amel Tuka of Bosnia-Herzegovina.