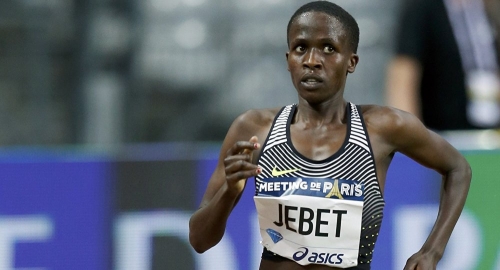 According to The Guardian Ruth Jebet the Rio Olympics champion and World record holder over 3000m steeple has tested positive for a banned substance.

While World Anti Doping Agency (WADA) have  not yet released an official statement regarding Jebet's positive test, several well-known sources revealed The Guardian that the 21-year-old athlete, Jebet, has tested positive for blood booster EPO.

Ruth Jebet is a Kenyan-born athlete who few years switched allegiances to run for Bahrain. Even though Jebet is a Bahrain citizen, she still lives and trains in Kenya.

“Honestly I am surprised and shocked. I am absolutely not aware of anything. I tried to reach Ruth but her phone is not answering. I have absolutely no official information.” Jebet's agent Marc Corstjens told media.