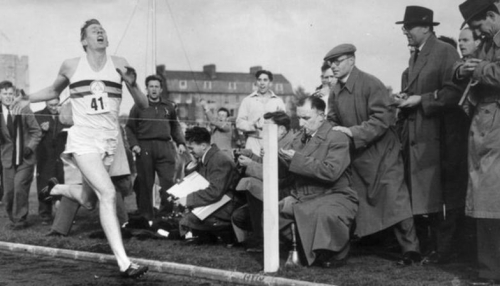 Athletics legend Sir Roger Bannister, the first person to run sub 4-minute mile, has died at the age of 88.

On 6 May 1954 at Iffley Road sports ground in Oxford on a cinder track with a 15mph crosswind and gusts of up to 25mph Bannister recorded 3:59.4 in the mile and became the first man in histroy to run the mile under four minutes.

"There is not a single athlete of my generation who was not inspired by Roger and his achievements both on and off the track." IAAF president Lord Coe wrote on twitter.

"I’m so sorry to hear the sad news about Roger Bannister. I met him several times throughout my career and he was always humble, supportive and encouraging. He was an inspiration to so many, being the first man to break the 4-minute mile. My thoughts are with his family & friends." The four time Olympic champion Mo Farah wrote on his twitter page.