• Almaz Ayana to Debut in Half Marathon in Delhi 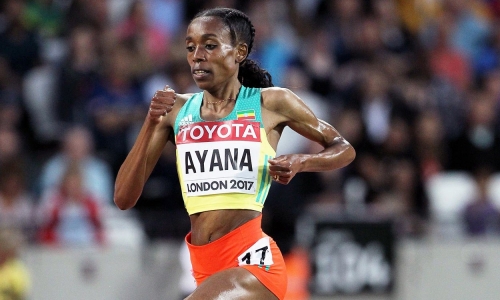 Olympic and World champion over 10000m Almaz Ayana of Ethiopia will debut in the half marathon on Sunday, November 19 in Dehli, India.

Ayana, who broke the women's 10000m record at Rio Olympic games, will face her compatriot and last year's Dehli Half Marathon winner Worknesh Defega. Having ran 66:14 in 2016 Defega is the fastest women in the women's elite field.

“Bringing two global champions from London to this race shows our commitment to having the very best runners in the world compete at the Airtel Delhi Half Marathon.” said Vivek Singh, joint managing director of race promotors Procam International.

“This IAAF Gold Label event is deservedly one of the world's most prestigious half marathon and with the appearance of Geoffrey and Almaz this year, it adds further lustre to its reputation. It is renowned among the world’s top distance runners for its fast course and comprehensive field,” Singh added.