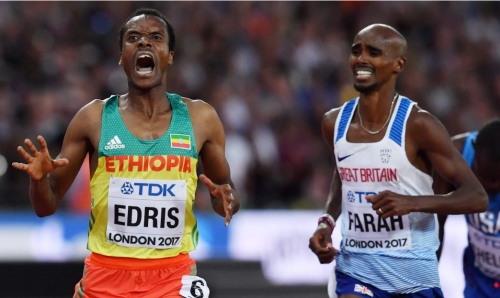 With one lap remaining, Ethiopian Kejelcha made a surge to pass Edris and Farah to take the lead. In the back stretch, Kenyan borne American runner, Paul Chelimo, passed Farah, to move into third place.

Coming into the the home straight, Farah was still in 4th place as Edris pushed away from the pack to win the race in 13 minutes 32.79 seconds.

Farah, who ruled men's 5000m for six consecutive years, will retire from track after this month as he plans to continue his career with the marathon.