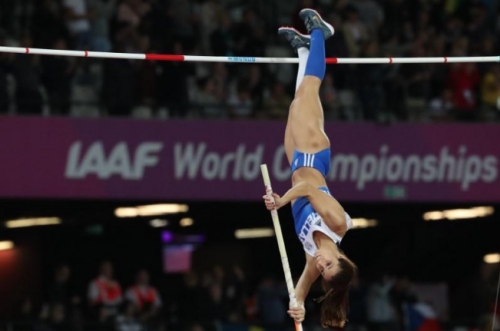 The 27-year-old Stefanidi went over 4.91m to set a new personal best and national record to win her first World championships title on Sunday, August 6.

The United States athlete Sandi Morris finished in second place with 4.75m.  Defending champion Cuba's Yarisley Silva and Venezuela's Robeilys Peinado, the South American champion, were both awarded bronze medals  with 4.65m. For Peinado it was a new national record.

There was some drama in the final round as Kovacs produced a massive effort well beyond 22m line, but competition officials immediately raised a red flag for touching the throwing circle perimeter with his foot.

"I'm Happy of being on the podium, of course I wanted the gold." said Kovacs. "My last throw, which I did protest, was far enough to win."