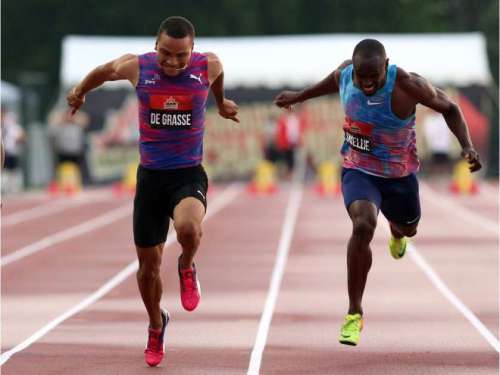 The 22-year-old De Grasse won his third consecutive 100 title at the Canadian track and field championships on Friday, after he crossed the line in 10.11 seconds.

De Grasse after the finish was happy about winning the Canadian title but he also expressed his disappointment in his slow time.

"This is the last one, so that's why I wanted to try to put down a time," De Grasse said. "I couldn't tell you exactly what happened. Ran the semis, felt pretty good, shut it down. And the finals. . . I don't know what happened, I thought I was ready to run a fast time and a little disappointed I couldn't give the crowd what they wanted." Dhe added.

The next 100m race for the Canadian sprint star will be at the World Athletics Championships in London in August when he lines up against legendary Usain Bolt.