According to Guardian world 60m champion Richard Kilty will not defend his world 60m title in Portland in March after he declined an offer to run for British team on Sunday. 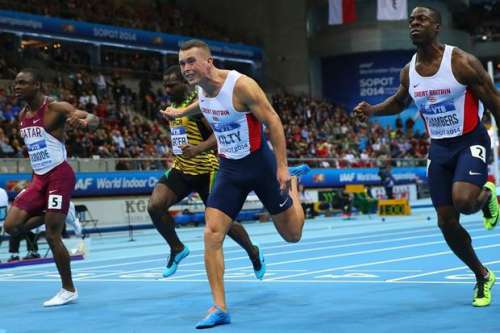 Richard was disqualified on Saturday during the 60m semi finals on Saturday by false staring. The 60 final at British indoor champs in Sheffield was won by James Dasaolu who also claimed the only automatic spot on British world indoor team.

The British Athletics team selectors approached Kilty on Sunday, who wanted him to compete along side with Dasaolu at the IAAF World Indoor Championships in Portland. However Kilty has decided to not defend his world indoor 60m title in order to prepare for 2016 outdoors.

“It’s the hardest decision I’ve had to make in my life, because winning the world indoor title in Sopot in 2014 changed my life. It was a gut-wrenching decision but the key thing is that I’ve won the world and the European 60m titles and now it’s time to do myself justice outdoors.

“An Olympic Games only comes around every four years and I know if I don’t do well in Rio, I’ll be 30 when Tokyo comes around. There will be other world and European indoor championships but Rio is the Olympics where I should be at my very best.” Kilty told theguardian.com.