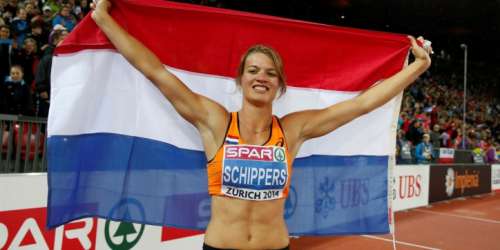 Netherlands,  Dafne Schippers, added her second gold at the European track and field championships in Zurich with a massive win in the 200m final on Friday evening.

Running into a headwind Shippers dominated the race after she entered the home straight and won the the event in a world leading time of  of 22.03 seconds.

Shippers´ 200m gold is her second gold in this championships after she took win on Wednesday in the 100m final.

Lemaitre was left in his wake on the bend and could not dent that lead down the straight as Gemili won his first senior title and Britain's 100th gold in the championships' long history.

"I'm so happy," Gemili told BBC Sport. "To become European champion was a big target for me this year and to achieve it is amazing."