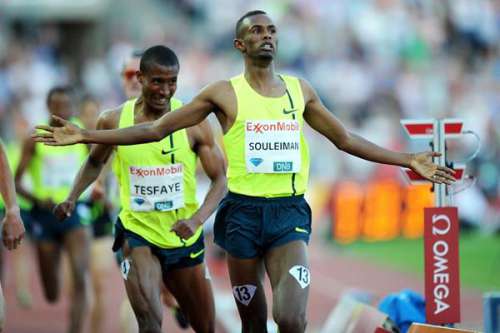 Souleiman, who in Moscow won world bronze medal at age of 20  holds season best time in the word and #10 all time in the mile run of 3:47.32 he achieved in Eugene three weeks ago.

Australia's Benn Harradine took the win in the men's discus throw with a mark of 63.07 meters defeating world and Olympic finalist Mart Israel of Estonia by 42cm. Another Australian Hamish Peacock won the men's javelin with a toss of 82.24m PB.

In the women's high jump super star Blanka Vlasic won the meet clearing 1.92m. Barbara Szabo of Hungary took second with 1.84m while Italy's Elena Brambilla was third with a mark of 1.80m.