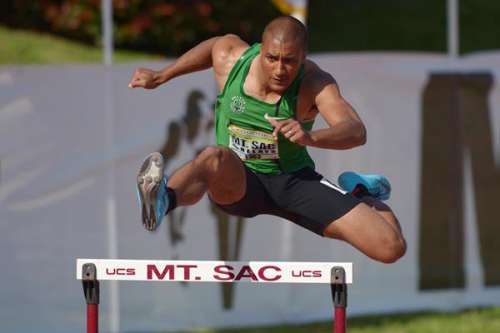 The decathlon world record holder, Ashton Eaton, took a surprise victory in the 400m hurdles at the Diamond Leage meeting in Olso on Wednesday.

Eaton who decided to dedicate his 2014 outdoors season to 400m hurdles in just his fifth race over the distance picked up his second victory of the year with a solid best mark of 49.16 seconds.

"I'm still learning the event, but I won and the time is also okay, so nothing to complain about" said the 26-year-old Eaton.

"Of course, it could be smoother, but that is what I aim for, maybe in my next and last race in this period in Europe, in Ostrava (on June 17)."