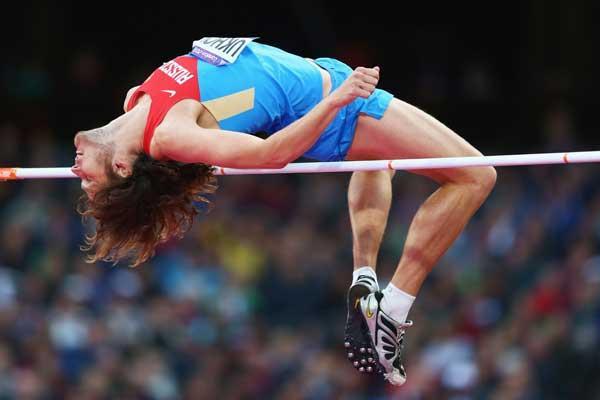 Ukhov started off the competition with a warm up jump 2.15m. He continued his perfect attempts  with 2.25m and 2.33m clearing them both with the first attempt.

The 2.42m the 27year old Russian cleared in the second attempt with a room to spare. The next height of 2.44m if cleared would be a new world record, but the Olympic champion had to leave it for another meeting as he failed in all three attempts. Watch Video Here

In the women's high jump, the 2 time world champion, Blanka Vlasic, after a long set back of a foot injury achieved a new season best mark of 2.00m which is also 2nd best this year in the world.

Czech Republic's 400m star, Pavel Maslak, in front of his home crowed set a new European Record in the 500m race with a time 60.37 seconds. It is Maslak's second European indoor record after he broke the 300m Euro record 3 weeks ago in Germany.

Former 110m world record holder Dyaron Robles too a second victory for Cuba as he won the 60m hurdles in 6.51seconds.

Argentina's, Germán Lauro, set a new South American indoor record in the shot put with a toss of 21.04m. He sits now in 4th place in the world's indoor ranking.

Jennifer Meadows of, Great Britain,  held back local Lenka Masná to win the 800m race in 2:01.67. For Meadows it's a new season best mar.