• Men's 10000m to Highlight Day One at World Athletics Championships 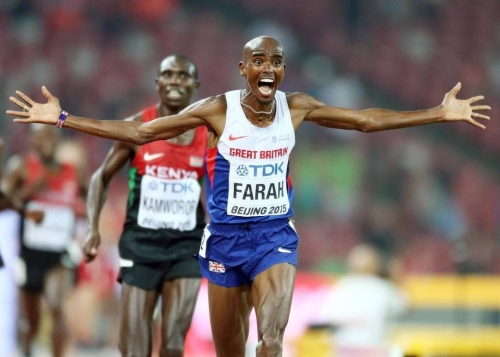 Worlds one of the most decorated distance runners of all time, Mo Harah, will attempt to collect his 6th global title as the 2017 IAAF Wolrd Athletics championships kicks off in London on Friday, July 4th.

The highlight event on Friday night in London will be the men's 10000m race where the local star athlete, Mo Farah, will try to defend his World championships title.

On Friday night, the 33-year-old Farah will attempt to win his 6th World championships title in the same stadium where he five years ago infront of 80,000 spectators became the first British man since Albert Hill in 1924 to win two Olympic track and field titles at the same Games.

If Farah succeeds in the 10000m race on Friday, he will become the most decorated distance runner in history. The legendary Ethiopian distance runner Kenenisa Bekele, whis is current world record holder in the 5000m and 10000m, is tied with Farah with five global titles.

For the last five years there has been several race tactics applied by Ethipians, Kenyans and others to defeat Farah, however all the efforts to take down Farah from his global crown have failed.