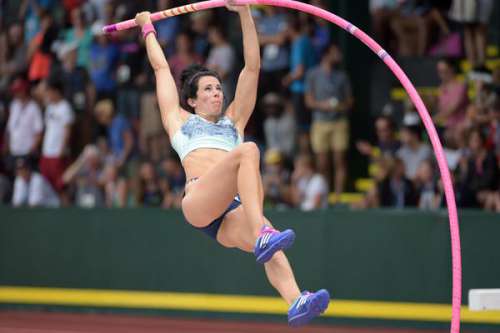 Several top marks in 2017 indoor season were set on US Soil over the weekend.

Jenn Suhr, the reigning world indoor champion and 2012 Olympic champion in pole vault, sailed over 5.81m to set the best mark in the world this year during the annual pole vault summit in Reno, Nevada on Saturday

World Lead 4.81. Not every meet are you on and full of confidence...a coach and an athlete working together 1 jump at a time ❤️ #polevault pic.twitter.com/bvs7lNGu5j

Centrowitz had no serious opposition on Friday as the second place finisher Troy Fraley from Gonzaga University finished 10 seconds behind the winner.

In the women's 3000m race the Rio Olympics 800m finalist Kate Grace impressed by taking down world indoor champion and world championships medalist Sifan Hassan of Netherlands in a new stadium record of 8:47.26. Hassan who finished in second clocked 8:50.36.

Another notable results achived Nike Oregon Project athlete Erik Jenkins, who took double victories in the mile and 1000m. First Jenkins won the mile in 3;58.68 and then 40 minutes later he took 1000m in 2:23.95.