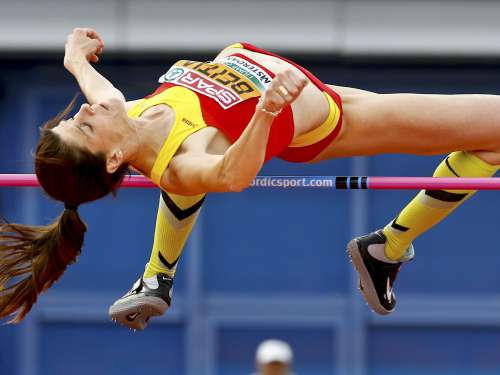 Olympic and European high jump champion Ruth Beitia of Spain set a new world leading of 1,95m in her first meet of the year on Saturday in Santander, Spain.

Beitia later tried 1.97m, but failed on her all three attempts.

The previous world leading mark belonged to Ukraine'sYuliia Levchenko who had cleared 1.92m in Kiev 10 days ago.