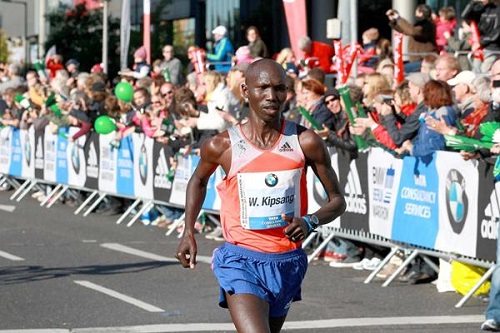 Kenya's Wilson Kipsang says he is in shape to break world marathon record on Sunday at the BMW Berlin Marathon.

At the 2013 Berlin marathon Kipsang clocked 2:03:23 to smash his countryman's  Patrick Makau world record by 15 seconds.  But Kipsang's world record was not meant to last too long as one year later on the same course Dennis Kimetto clocked 2:02:57 and became the first man to break 3 hour barrier on a certified marathon course.

“My training has been good and I have finalised the hard training. I’m ready to face the other competitors and my focus will be to run my personal best and even break the world record,” Kipsang told Daily Nation Sport on Tuesday.

Kipsang who won 2012 Olympic bronze also assured told that he is in better shape than that of the 2013 season when he bettered Patrick Makau's world record.

Berlin marathon organizers have put together a stellar field that includes seven men with PB's of sub 2:06. Among those men there will be Ethiopia's superstar Kenenisa Bekele, who last year moved to marathon.