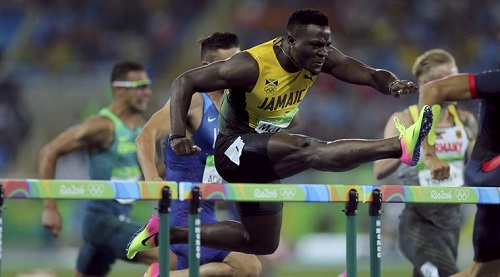 Pre race favourite the 22-year-old World indoor champion, McLeod, seconds was a clear winner in the men's 110m hurdles Olympic final with a time of 13.05 seconds.

McLeod won the first ever gold medal for Jamaica in the men's 110m hurdles at any Olympics.

Meanwhile it was the first time  Americans did not medal in the 110m hurdles since the event was included in the Olympic program in 1896 except in 1980, when USA boycotted the Moscow games . Their best hurdler in Rio for the United States was Devon Allen who finished in 5th place, while his compatriot Ronnie Ash was disqualified after finishing the final.