• Ennis-Hill leads heptathlon after day one 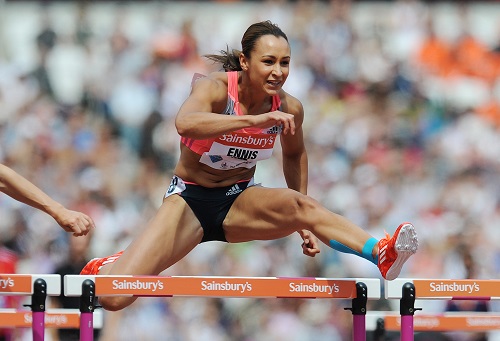 Defending Olympic champion Jessica Ennis-Hill of Great Britain is currently leading the women's heptathlon after day on in Rio.

Belgium's Naffisatou Thiam is in the second position with 3.985 points, while Akela Jones is currently in third with 3964.

Meanwhile british heptathlete Katarina Johnson-Thompson who too a early lead after first two events went down to 4th position with 3957 points.