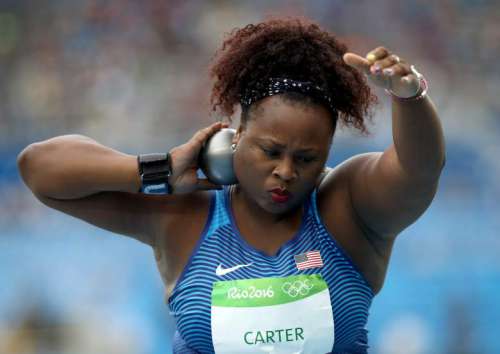 Until the last round Carter  with 19.82m was in the bronze position, while Adamas with 20.42m was in leading the competition.

In the final throw  Michelle Carter unleashed her full potential by throwing massive 20.63m to secure her gold medal in these Olympics. Adams responded with a good throw of 20.39m and settled in second place.