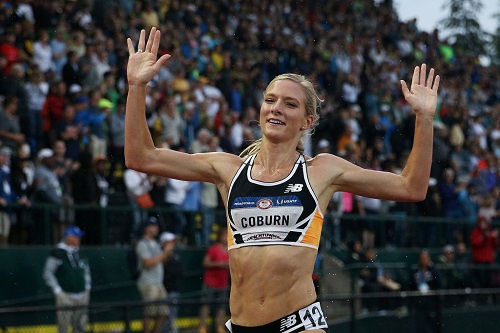 Emma Coburn powered to victory in the women's 3000m steeplechase final on day 7 at the US Olympic Trials in Eugene, Oregon.

Last year's World championships finalist Emma Coburn clocked 9:17.48 to win her second US steeplechase title and to book her ticket to Rio Olympics on Thursday night. Courtney Frerichs and Colleen Quigley also made the US Olympic  team after they crossed the line in second and third respectively.