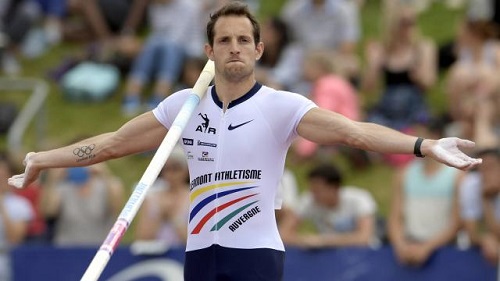 On Sunday, the pole vault record holder Lavillenie cleared 5.75m and 5.80m on his first attempt, meanwhile the winning height of 5.95m he took with second attempt. Lavillenie then unsuccessful attempts to go over  6.01m.

“It feels good. I’m very happy to do this performance at the championships. My two attempts at 6.01m were very close,” Said Lavillenie. 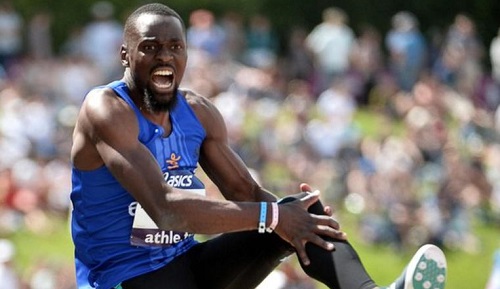 Another  severe Injury suffered, the  2013 world triple jump Champion, Teddy Tamgho, who broke his leg during the triple jump contest on Saturday.  Tamgho in round 5 jumped 17.15m, a result  that won him the French title. however the final attempt for the French athlete was unfortunate as he broke his leg following a heavy landing in the sand pit. The French athletics chiefs said that athlete will not be able to compete in Rio as the recovery process may take up to 6 months. This injury is just one of many Tamgho has suffered.