• Bolt vs Blake vs Powell set for Racers Grand Prix 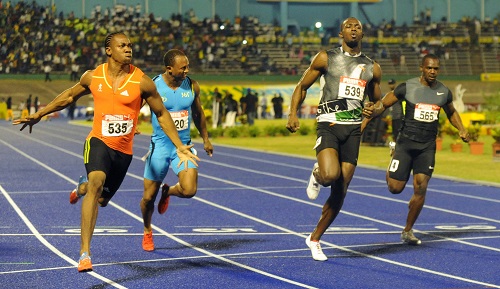 A stunning men's 100m line up has been announced by the  Racers Grand Prix Organizers.

In other events, former 400m world and Olympic champion Lashawn Merritt of the United States will go against defending world champion Wayde van Niekerk of South Africa in the 300m race. The meeting organizers say their goal is to attack the 300m world record.

Another stars announced for the Racers GP are Machel Cedenio and Javon Francis in the men's 400m race.