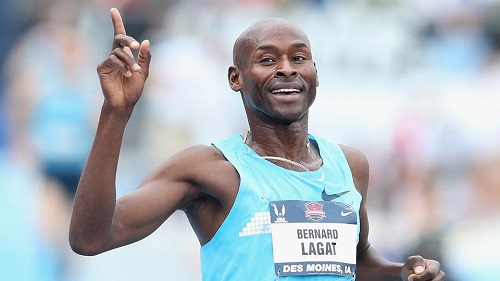 The 5-time World champion Bernard Lagat clocking 27:49.35 made a very successful 10000m debut on the track on Sunday, May 1 at Payton Jordan Invitational in Stanford, California.

The 41-year-old American track legend Lagat covering the last lap in 58 seconds stormed to  a victory in his first ever 10000m race on the track. His time of 27:48:35 was also a new world's masters records.

Behind Lagat finished Japan's Suguru Osako in 27:50:27, while Futsum Zeinasselassie of the United States came in third in 27:52:70.

Earlier this year Lagat announced that he will compete at he USA Rio Olympic trials 10000m in June.