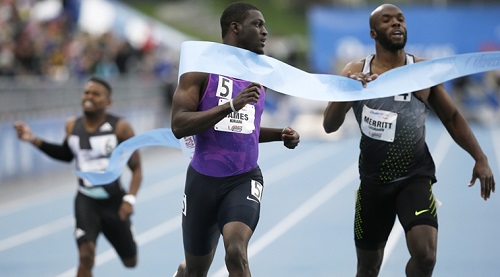 The 2012 Olympic champion James showed that his Olympic preparation for the Rio Olympics is going to the right direction as he managed to produce the world leading 44.08 seconds to beat the 2008 Olympic champion LaShawn Merritt by 0.14 seconds.

“It just shows that I’m on a great track to do some great things this year,” James said after Friday’s race.