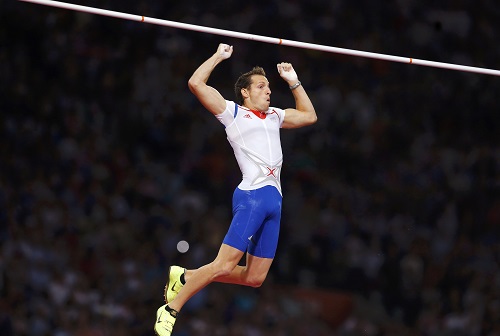 The 29-year-old Frenchman needed only 2 jumps to win the world indoor title at 5.90m before setting a new championships record of 6.02.

"I started thinking about the indoors almost the day after Beijing," Lavillenie said. "Beijing was a huge disappointment. I wanted to show here that I'm still around."

"It's not so often I do something like that, but pole vault is sometimes very dangerous and intense, and that's why we love it," he added. 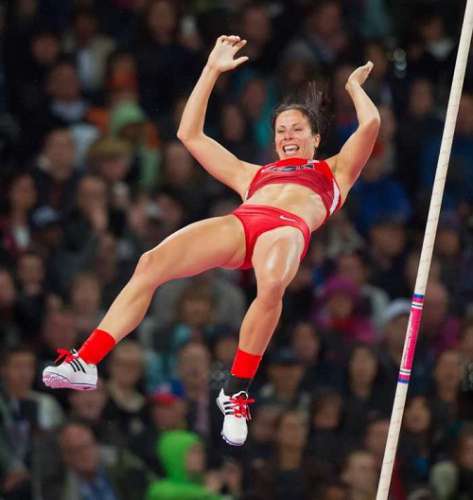 In the Women's pole vault contest Olympic champion Jenn Suhr also broke the championships record as she cleared an impressive 4.90m for the win.

After going over 4.90m the 34-year-old Suhr asked officials to raise the bar at a new world indoor record height of 5.04m, but shortly after she changed to stop the competition there as she decided to not put at risk her health as there were pains in her calf.