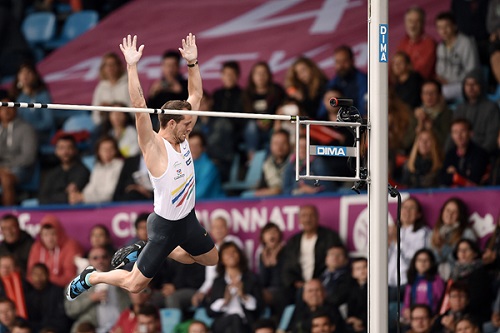 The competition in  Jablonec, Czech Republic will be the last indoor meet for the Olympic champion Lavillenie before heading to the IAAF World Indoor Championships in Portland.The French pole vaulter is leading the men's pole vault world season's chart with a mark of 6.03m.

The men's 60m dash in Jablonec will see world indoor champion Richard Kilty. For Kilty thismeet  will be the last one indoors as he has decided to skip world indoor championships in order to prepare better for outdoors and Olympics. The women's 60m will be lead by Trinidad and Tobago top sprinter  Michelle-Lee Ahye.

The event will be stream live on Saturday at 8:30pm via CZ Sport channel. For more live streaming details visit page here.