Hurdler Pascal Martinot-Lagarde highlighted the second day of the French athletics indoor championships after his 7.47 in the 60m hurdles final on Sunday, Feb 28. 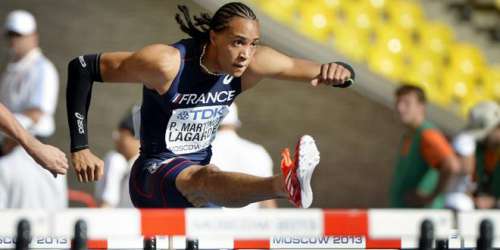 After winning the 60m dash on day on Christophe Lemaitre was back again on day two to claim the 200m title in a new personal best and a new world leading time of  20.43.

Kafetien Gomis highlighted the field events as he won the men's long jump with a massive leap of 8.23m, the #4 on 2016 world season lists.

A surprise return after an Achilles tendon  injury made the former world champion and world indoor record holder in triple jump Teddy Tamgho. Tamgho made a quite successful return as  he jumped 16.98m in the fourth round to claim French title.