Double Olympic champion Mo Farah successfully started his 2016 campaign as he won the 3000m at the Glasgow Indoor Grand Prix on Saturday Jan. 20. 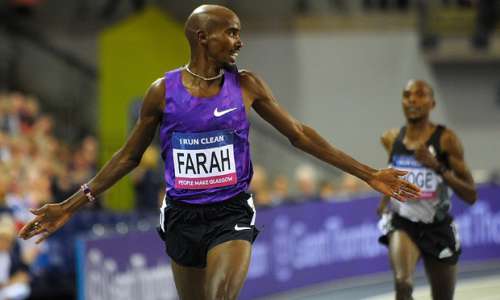 "I have a few cuts," Farah told BBC reporters at the Glasgow Indoor Grand Prix. "I was pushed around, but that is racing. It happens" he said.

The next race for the planet's currently top distance runner, Farah, will be the World Half Marathon Championships in Cardiff on March 26.

"The most important thing is to win in front of the home crowd. Now I'll concentrate on the World Half Marathon Championships and it would be nice to get another title if I can." Farah Added.