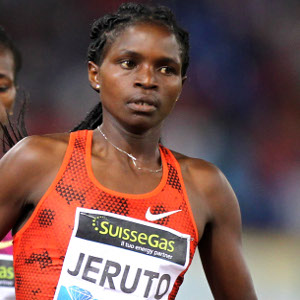 Jeruto tested positive in an out-of-competition test in Kenya in April and will serve 4-year ban, while Jepkorir who failed drug test at 10km road race in Luanda, Angola last December will serve 2-years.

"The athlete will therefore forfeit all titles, awards, medals, points, prize and appearance money from these races," AK said in a statement.

Two other Kenyan athletes, Koki Manunga and Joyce Zakary, are awaiting suspensions from the IAAF after they failed drug tests during the World Championships in Beijing in August.