Canada's Shawn Barber has won the gold medal in the men's pole vault at the world track and field championships in Beijing on Monday, August 24. 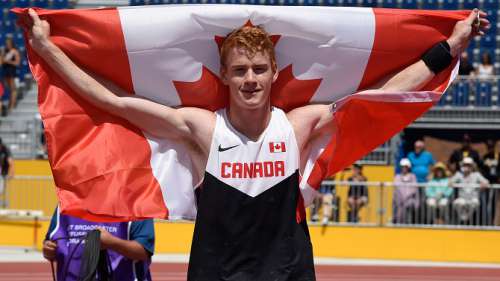 Holzdeppe, who also cleared 5.90m took silver on a count back, while Lavillenie sattled in third with a mark of 5.80m.

It's the first medal ever won by a Canadian in pole vault at worlds.

The last time a Canadian reached an Olympic podium was in 1912, when William Halpenny earned bronze.