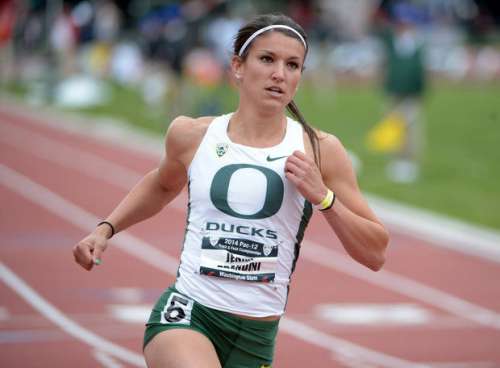 In the same heat Ana Claudia Silva of Brazil broke her own South American record with a time of 11.01. Results

About hour and a half later Prandini stepped back on the track to win the 200m  final in a new PB and world leading  time of 22.42 seconds. Results

Christabel Nettey of Canada impressed in the women's long jump leaping to a world lead of 6.98m. Results

In the women's 100m hurdles Tiffani McReynolds posted 12.93 secondnds for the win.

VIDEO: Watch Vernon Norwood bring it home in an NCAA-leading 44.44 to win the men’s 400 meters at #AlumniGold! pic.twitter.com/8TUcaxPIyO