World's two best 400m runners Kirani James of Grenada and LaShawn Merritt of the United States are set to clash on May 17th at the second stage of the 2015 Diamond League Series in Shaghai. 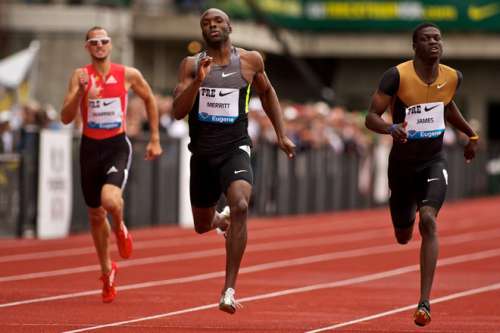 The 28-year-old Merritt won the Olympic gold medal in Beijing in 2008 and took the world title in 2013 in Moscow.  On the other hand, Kirani James was victorious at Daegu world championships in 2011 and a year later the young Grenadian took Lonond Olympics title.

At last year's Diamond league meets both runners met twice. In June in Eugene the winner between both was decided with a help of photo-finsh camera. The victory was given to Grenada's James. In that race both atheletes posted a world leading 43.97 seconds.

The second time they both met was at Lausanne Diamond League meet where James defeated Merritt setting best mark in the world of 43.74 seconds.

“I love racing in Shanghai. It’s always a very well-run meeting and there’s a great atmosphere in the stadium. I’m happy I have the opportunity to compete there again this year.” James said.